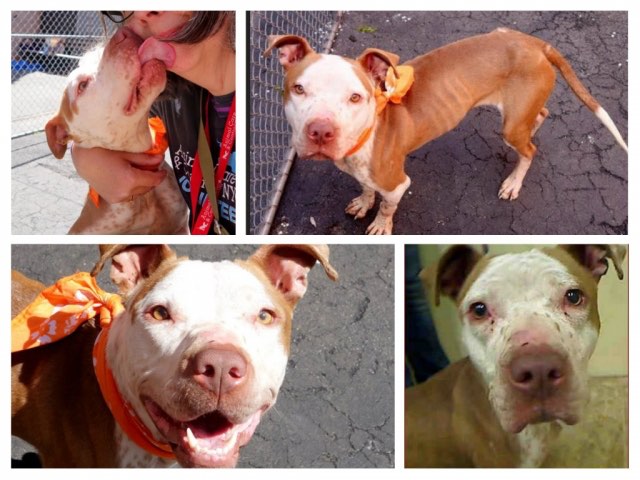 Sweet, loving, gentle Goose is dead but she wasn’t killed by the needle, not really. No, her death was much longer and more agonizing than that and it started the minute she walked through ACC’s door.

Goose arrived underweight and neglected and two weeks later she died underweight and neglected, ACC (and the DOH) having failed her at every turn. They failed to give her an extra meal a day, even though each medical checkup (and believe it or not, there were plenty of these) noted that she was underweight. They failed to keep her safe by housing her above a dog everyone knew was dangerously cage aggressive and who should never have been crammed into a stacked kennel to start with and then they failed her by not being careful enough to make sure Goose’s precious little feet were out of the other dog’s reach. The DOH then failed to release her hold on time, leaving her sitting in the sick ward getting more ill by the day. 10 days out from the bite incident Goose was sick but still eating and had she been released for rescue ‘on time’ she would have had a chance at survival.

Finally her hold was released and yet not one plea was sent to rescues, no alarm bells rang and no one rushed to Goose’s aid. Now officially diagnosed with Pneumonia you would think ACC might send poor Goose to a real hospital for the treatment she so desperately needed. Nope, failed again.

Goose spent her last night too sick to even swallow the food she loved, noisily struggling to breathe and not even comfortable enough to lie down. Goose was a wonderful dog who deserved so much better than for her days to end this way and what happened to her was senseless, preventable and so so wrong. RIP Goose, you will not be forgotten.

Next: Pregnancy NEVER Ends Well at the NYC AC&C »
« Previous: The NYC ACC Is Hiding a Dirty Secret, That’s KILLING Our Animals